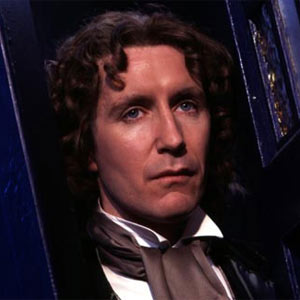 Doctor Who The Movie

Doctor Who The Movie Synopsis

The Doctor is on his way home to Gallifrey with the remains of his arch-nemesis, The Master. Forced off course, the TARDIS arrives in San Francisco on New Year’s Eve 1999, where the Doctor is critically wounded in a gun battle. At the local hospital, Dr. Grace Holloway fights – and fails – to save his life. Later, in the morgue, the Doctor wakes up a new man. But he is not the only one – the Master has also found himself a new body. Can the Doctor stop his oldest enemy from destroying all life on Earth in time to ring in the new millennium?

The Doctor Who Site

The Doctor Who Site is a Doctor Who fan site with no connection to the BBC.
Doctor Who is copyright © by the British Broadcasting Corporation (BBC). No copyright infringement is intended.